Ariam Aponte is the Director of Slot Operations at Wheeling Island Hotel-Casino-Racetrack. Prior to Wheeling Island, Ariam was the Slot Performance/OPS manager of Isle Casino and Racing Pompano Park owned by Caesars Entertainment. Before joining Isle, Ariam was living and working in Las Vegas, NV while going to college. Ariam holds a Bachelor of Science in Graphic Design, an Associate Degree in Electrical and Electronics Engineering and an MBA. 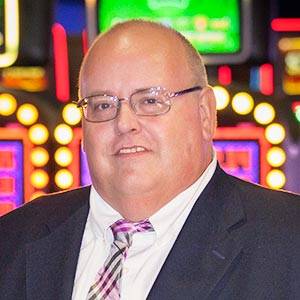 Stephen is the Director of Player Services and Hotel Operations at Wheeling Island Hotel Casino Racetrack. He joined Delaware North in 2015 and is responsible for overseeing the Lucky North Club and all hotel operations including laundry and housekeeping. In addition, his responsibilities include oversight of gift shop operations, valet and player development.

Stephen comes to Wheeling Island with more than 20 years of experience in the hotel and gaming industry. His previous experience includes serving as Regional Director of Hotel Operations where he was promoted to Senior Director of Hospitality at Tunica Resorts and was also nominated as Vice President of the Mississippi Lodging and Hotel Association where he served a member.

Outside of work, he enjoys golfing and spending time with his family. Stephen resides in Wheeling, WV with his wife.

Kim Florence is the Regional President & General Manager of Wheeling Island Hotel Casino Racetrack. She joined the Wheeling Island team in June 2003 and has held multiple positions throughout her tenure, including Senior Director of Marketing. Kim is responsible for the oversight of all casino operations and activities.

Kim has developed more than 15 years of experience in the casino industry and takes pride in making “Wheeling Island the best place to be”. She holds a Bachelor degree from Ohio University in Athens.

Outside of work, Kim enjoys spending time with her family and golfing.

Jackie is the Director of Cage and Credit at Wheeling Island Hotel-Casino-Racetrack. She joined Delaware North in 2007 and is responsible for overseeing the cage, vault, credit, and drop operations. This includes all ticket redemption, credit, and financial services provided to our guests. Jackie also oversees the drop of the machines in the casino and racetrack betting terminals

Jackie serves the Wheeling Island team with more than 22 years in the casino and credit industry. She has worked in several gaming jurisdictions in Indiana, Michigan, West Virginia and Wisconsin. She has also worked in Illinois, New York and Ohio assisting in other gaming operations.

Outside of work, she enjoys networking, reading and free cell. Jackie resides in Wheeling, WV. 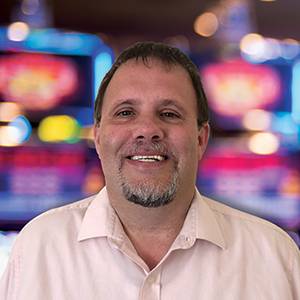 Jay Morgan is the Director of Food & Beverage at Wheeling Island Hotel-Casino-Racetrack.

He joined Delaware North in 2021 and is responsible for overseeing two full-service restaurants, five bars, the food court, and the Coffee shop. Jay comes to Wheeling Island with over 33 years of experience in the restaurant/hospitality industry. His previous experience includes serving as GM of Red Lobster in Williamsport, PA, Pittsburgh, PA, and St. Clairsville, OH for 26 years. During this time, Jay was also responsible for delivering a world class guest and associate experience, assisting with the opening and training of six Red Lobsters including Times Square and Brooklyn NY along with developing many future leaders and assisting with fixing underperforming locations.

Outside of work, Jay loves to spend time with his family, play and coach sports, and read. Jay is a resident of St. Clairsville, OH with his wife Trish and four daughters, Madison, Isabelle, Elizabeth, and Felicity. 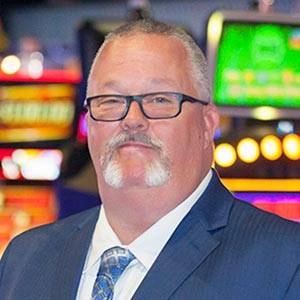 Mike Mudrick is the Director of Security at Wheeling Island Hotel-Casino-Racetrack. He joined the Wheeling Island team in 2005 ans is responsible for maintaining the safety and security of our property for our guests and associates. Mike also oversees the secruing of company assets, mitigating liability issues and working with our other executive team members to plan and ensure the future successes of Wheeling Island for its guest and associates.

Mike has more than 13 years of experience in the security and gaming industry. He holds a Bachelor's Degree in Leadership and Administration and is currently working on his Masters of Business Administration.

Outside of work, he enjoys spending quality time with his family, camping and fishing. Mike is also an active member of the Harley Davidson Owners Group (HOG) and enjoys cruising on his Harley. Mike resides in Weirton, WV with his family.

Chris arrived at Wheeling Island with more than 15 years of experience in the gaming industry, specifically in Surveillance. Chris has spent time either working in or conducting training at a number of gaming properties from New York to North Carolina, and now has a new home here in West Virginia.